First of all I would like to say that I’m so excited that next week is Eid Fitri!

*Running around my room*

So anyway, I feel like I haven’t post anything that is more towards a beneficial topic, previously I just wrote about what I think or what’s going on with my life, which has probably bored you guys.

So this week, I’m back with a new topic.

Before I begin, I should tell you that strictly from my personal experience and observation, so it doesn’t mean all guys will act the same or showing the same signs.

Anyway, without wasting any time by letting you read my meaningless sentences, let’s begin with

1.        If the guy doesn’t initiate the conversation.
Girls, if a guy doesn’t text you or call you first and you are the one who have to start the conversation, there’s a high chance that he doesn’t like you. If a guy likes you, he would send you like a good morning text or something.

3.       If the guy is avoiding you or always says he’s busy.
When you want to meet him or something and keep  on saying he’s busy and he’s not replying to your text or phone calls, that kinda shows that he doesn’t like you. Well, maybe he might really is busy but if he said he’s busy too often, that could be because he doesn’t like because if he does, we would stop what he’s doing and go bungee jumping with you...

I don’t know why I choose bungee jumping.

But yeah, he would want to spend more time with you.

4.       Keeping his distance
I don’t mean avoiding you, it’s more to he’s not touchy with you. If a guy likes you he would want to be close to you, like maybe hug you or put his hand around you or anything in between.  Okay, he might not be touchy with because he’s afraid you might be embarrassed when people labelling you guys as a couple but mostly it’s because he doesn’t like you.

6.       If he flirts with other girl.
If the guy is talking to you and suddenly he saw another girl passing by and he said ‘Woah, that’s my future wife right there’. That’s definitely means he doesn’t like you. Honestly, if I like a girl, I would give 100% of my attention to her and I’m sure most guys are like that too.

7.       He’s not single.
If the guy is either seeing someone, dating someone or engaged to someone or married to someone, there’s a high chance he doesn’t really like you. Well in my opinion he shouldn’t have because then that means he’s cheating.

Go die or something, cheater!

So that’s all for this week. I hope these signs have somehow help clear some things for you, even if just by clearing up your throat....haha...

So this week, I wanna know if there’s other sign that I’ve missed out? Have you had any experience related to this week topics? 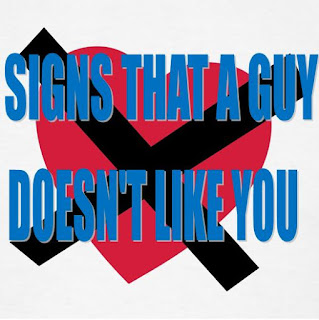 I FORGOT MY BIRTHDAY

So as some of you already know, earlier this week was my birthday.

Happy Birthday to me!

But this week I’m not gonna talk about how lonely I am but it’s about my birthday.

Earlier last week I told my sister that I know that will somehow forget that the next week is my birthday because a few weeks ago I was super busy with work until I forgot what date of the day.

Yes, that’s how dedicated worker I am.

So fast forward to a few days later, I was completely not aware of the date until a day before, my sister told me that tomorrow is my birthday.

Suddenly I feel like this story is completely boring because that’s all there is.

Anyway, though I forgot about my birthday but a bunch of you didn’t. So I wanna take this chance to say thank you to my family for the wishes and the cake, my best friends for your wishes and for supporting me after all this time, my friends and everyone who took time to send me those wishes. I really appreciate it. Honestly I didn’t expect to receive a birthday from people I don’t know, I really feel thankful for it. J

So usually people would share what they’ve achieved in their 25 years but I decided not to do that because I don’t have any big accomplishment yet and previous years I have share about what I’ve learnt in my years of growing up, so this time I’m just gonna skip that.

I should tell you guys that I might delay on posting this because this weekend I’ll be busy, so sorry in advance.

That’s all for this week. 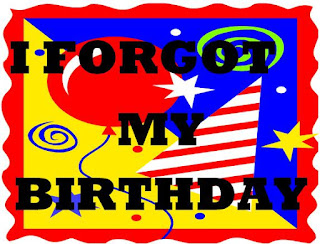