I’m like 1 and half weeks late because I’ve watched this movie last week, on Wednesday to be exact.

So this week I’ll be reviewing about ‘Thor: Ragnarok’!

I know like almost everyone have watched it, but I’m sharing this to those who haven’t seen it. And maybe some of you who have watched it might agree with me.

So, without wasting any time, let’s begin my review.

1.       Casts/Characters
Of course the casts were amazing. I bow down to Cate Blanchett for portraying Hela amazingly. Chris, Tom, Mark, Jeff Goldblum and other casts were such great actors/actresses. I honestly feel that they are the characters in the movie, like they are not Chris or Tom or Mark. But one question though, where the hell is Lady Sif??

2.       Storyline/Plot
Well, this part is something that I can’t really talk about because I’m worry I might spoiled it for you. But the plot was great, quite simple but understandable and it’s true what some people said about the movie, it is f***ing hilarious!

3.       Score/Soundtrack
This is something that I always look forward on a movie. And though at first I was aspect it to be good because they were sounded kinda like in the 80s but they switch it up a bit and making it so much better. Congrats to the composer (which I don’t remember the name. If any of you know, please comment below).

So, that’s all I have to say about the movie, Thor: Ragnarok.

I highly recommend you all to watch it if you haven’t.

Anyways, till next time.

This week I wanna know what do you think about the movie? Let’s start a healthy debate at the comment below. 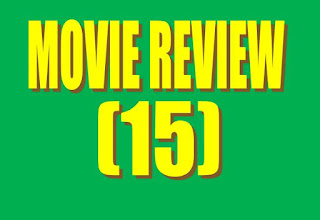 Posted by zacrin at 1:51 PM No comments: