I don't even know if people use that word...LOL

So anyway, I know the title is kinda seems depressing but I'll try not to make it that way, even though it might be a little serious along the way.

It's gonna be a bumpy ride!

I'm pretty sure almost all of us have had the experience of letting go of something. It could be a person, a thing or even an idea.

Btw, this topic is very subjective and has a wide range, so I'll try not to be too specific and keep it general.

Letting go of something is not an easy thing to do. Especially if it's something that you have been keeping for a long time...but if for a short while is also hard to let go. However, both actually have a different effect.

I know it seems like I'm focusing more on letting go of things instead of a person, but it's because I wanna keep it non-specific, so bare with me.

Letting go of something that you have for so long is hard because you know afterwards your life will not be the same, maybe not entirely or maybe not drastically, but it will change somehow. And that's why it's difficult to let go.

It can honestly be any reason for letting go of something or someone. It could be because someone ask/suggest it to you or it could be from your own decision.

At one point it may seems like a useless thing to do but that's because you are feeling sad or angry or regret. However, at some point, you will realize that it's the right thing to do. That there's a reason why you are letting go of that thing/person/idea. And the reason for it can be anything...literally.

I don't know if you guys notice but I twitted the other day saying "Sometimes, doing the right thing sucks, but you have to do it for the better". I truly agree that. Doing the right thing does makes you feel horrible sometimes but you only feel that way at that moment, the moment when you are doing it or maybe a few moments after that. But remember this, once you see that doing the right thing aka letting go, brings out the better you or finally you get to achieve your goals, all that suckiness that you were feeling, will turn to grateful and happiness.

Throughout my life, I have let go of many things. Some were because people asked me to and some were from my own decision. And it was the right thing to do because I believe if I still holding on to those things, I might not be who I am right now. Though those things might somehow helped shape who I am but letting go of them have bigger impact in making the person I am today.

So the conclusion is, it's okay to let go of things or person in order for you or that person or anything to be better.

That's all I wanna share about this week. Hope you enjoy this "pillow talk"..kind of. 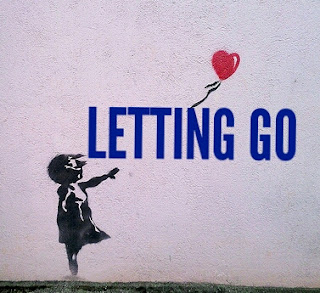 Posted by zacrin at 4:03 PM No comments: