Me? Not so good. I'm having a fever right now.

Anyways, this week is not a tips or advice post, it's more like announcement/to let you guys know something new that I do.

There isn't much to say (I always say this but in the end I wrote a long ass post) because I think the title already said enough but I will try to explain how it works and why I decided to do it.

This is not a promo or advertisement by the way.

Younow is an app/website where people can broadcast whatever they want (as long as they follow the guideline) and they can obtain fans (kinda like followers on IG/Twitter) and eventually become partners with Younow.

Let me tell you a bit of the back story on how I found out about Younow.

I first heard about Younow when I saw David Dobrik's broadcast last year but it was an old broadcast and someone posted it on Youtube. So I was like "Oh okay, there's another live stream website that I never heard of" but I wasn't really interested to find out more about it because I thought it was just the same as Twitcam or Live Stream.

However, I feel like other than trying to achieve that goals, I could use this app as a platform for me to voice out my opinion, to share with people what's going with my life and to build my fanbase.

I mean, I will still be posting stuff here but there, I can talk about something that I don't want to be permanent. And plus, this might help me not being too shy or embarrassed of my ridiculous voice.

So that's the reason why I decided to do this broadcasting thing on Younow.

Now I'm gonna tell you what you can do as a viewer on Younow.
- You can view my broadcast by clicking the link (I will put it at the bottom of this post)
- You can become a fan (Once you become my fan, you will get a notification every time I'm live)
- While watching my broadcast, you can chat with me and ask me question and stuff.
- At the same time, you can also drop some likes/bars as a gift.
- And you can also be my guest on my broadcast

So that's much what you, as a viewer, can do on Younow.

That's all for this week guys. I know this is not much of an informative post but I just wanted to let you guys know the update on my life since my last post was like 3 weeks ago, I think..haha. 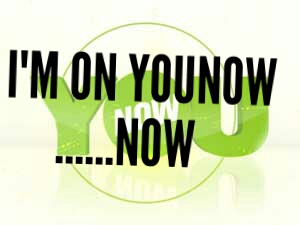 Posted by zacrin at 5:41 PM No comments: