To be honest, I’m both scared and excited at the same time. I’m scared because I feel I didn’t accomplish much this year, big or small, but I’m excited because it’s a new year and I’ll have a whole entire year for a chance to accomplish more things.

Anyway, that is not the topic I wanted to share with you all this week. It is something entirely different. And this time, I have to give credits to one of the most popular Youtuber, Mr. Connor Franta for indirectly giving me the idea to do this post. So as return, I'll share the link to his Youtube channel.

So, without wasting anytime, let’s start, the things that shouldn’t be in 2018.

1.       Jaywalker.
I’m not suggesting that there shouldn’t be a pedestrian in 2018; it’s just those people who walk as if there’s no other vehicle on the road. And they cross the street with ever so gently, thinking like there’s no car or motorbike, when in fact they can see the vehicle coming. I mean, come on, can’t you see the different between a car and a rhino? If a rhino, yes, you can walk as slow as you want because rhinos are slow too, but it’s a car for God sake.

2.       Horrible drivers
Related to the road topic, are the horrible drivers. I think the country could use some peace on the road in 2018. Just let those horrible drivers in this year. BTW, I just remembered something Barney Stinson said, “Chinese can’t drive”....haha...Though most of the things that came out of his mouth are ridiculous, but I have to agree with him on that matter.

3.       Petrol price
I know this might sounds stupid because this is actually involving a few countries, but can we just stop this ‘Price change every week’ thing and to not do bring it to 2018? Because to be honest, it’s not really helpful.

4.       Annoying video
Oh my God! Can we just leave all those annoying video trend in 2017? It’s funny how annoying people can be and it’s “amazing” how millions of people watched it. Like, really? Sometimes the video is so annoying, until it looks stupid. I’m not trying to be all snobby, but I don’t watch that kind of videos, my sisters did. So let’s just let the trend die in 2017.

5.       Bad movies
Some people might not agree with me because for them those bad movies could be entertaining.  I can accept if the main subject or the technology of the movie is not so good, though it’s highly possibly I might not watch, but there are some movies that are very, very bad, like the actors were poorly cast, the plot of the story wasn’t well arranged, the quality of the movie was more like a TV movie instead of a big screen movie, and the list goes on and on. So let’s leave it in 2017.

So, that’s all I got for you guys this week. I guess I’ll write again next year.

Have a great holiday guys!

This week I wanna know what else am I missing on this post? What are your holiday plans? 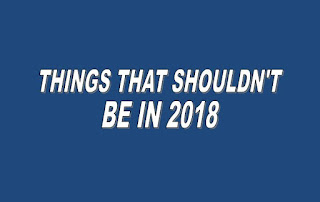 Posted by zacrin at 1:23 PM No comments:

So initially this week, I wanted to write about something else but since I went to the movie the other day so I thought I do what I have I always done after watching a movie, besides being completely shook, is that I make a review about it!

So as some of you might already know that on Thursday, I went to the movie or

*pronounce it in British accent*

you call it cinema if you’re British

But before that, a gentle reminder, as always, that I can’t really tell much because then it will be a spoiler, blah, blah, blah....

The plot/storyline
All I can say is that it was well written. It really gets your attention the whole time, not a second that you might turn your head anywhere other than the screen.  And the action was from the beginning till end, so you’ll be at the edge of your seat almost the whole time. That’s all I can say because if I share more that I’m worry it might spoil it for you.

The casts/characters
As you know the cast is the same and of course there’s Mike Hamill as Luke Skywalker. I think what makes this movie great is because of how the character’s storyline was, it’s not boring or particularly cliché. You’ll understand when you watch it, maybe. And of course, there are some cameos which I didn’t expect, but was so awesome.

The score/soundtrack
Well, to be honest there wasn’t any particular score or soundtrack that really interest me...haha...or I don’t know if I was too caught up on the story, that I didn’t pay any attention to the score. If you have any, let me know on the comments below.

So, that’s all I can review this week. I know it’s not much but I can’t share much or else it’ll be a spoiler and I might get sued.

Let me know if you agree with me or don’t or if you have something you wanna add on, let me know. 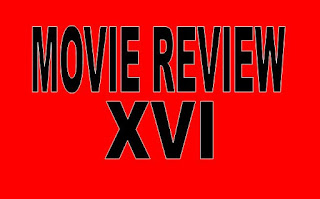 HOW TO COOL OFF

How are your parents?

What you been doing lately?

So, this week I’m going to share some tips regarding how you can reduce your anger aka how can you cool off your temper, but this tips are not for permanent affect, it cannot make you not be a temper mental person. You know what I mean.

I should tell you guys that this tips might work because it’s coming from a person who was labelled (and probably still is) a bad temper, which is me and also some that I found online.

So here we go.

3.       Isolate yourself. Maybe you could go for a walk or a run, anything you do, just stay away from the situation or the area that causes your anger.

4.       Think about or do things that make you happy and forgot about your anger, but make sure it’s not something dangerous, reckless,  or in short, that could harm you or anyone around you.

5.       Take a nap or if it’s already at night, just go to sleep. It might work for you because it worked for me, though it’s a bit of a challenge because you have to push away your thoughts in order for you to sleep.

7.       Talk to someone. If you have a supportive friends or family member, give them a call and ask for their advice or just simply share how you feel.

8.       Or, you could just write it on your blog, but avoid being specific because it might backfire to you in the future....haha.

So, that’s all the tips I can give to you, though I know there are plenty more but I’m too lazy to write it down.

This week, I wanna know what are your tips on anger management? 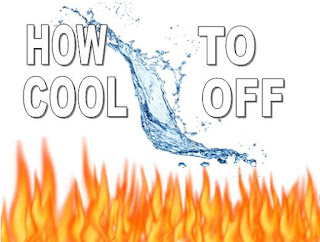 Posted by zacrin at 4:35 PM No comments: