This week I'll be reviewing another movie. A movie that I know a lot of people have watched and a lot of people still hasn't. So I'll try my best to not spoil anything LOL.

The movie that I'm talking about is 'Avengers: Endgame'.

Tbh, I was speechless and lost for words after watching the movie. I stared at my computer screen for about half an hour before I started writing this.

I'm not trying to be dramatic or anything...well, maybe a little bit..haha..but I'm pretty sure a lot of people feel the same way after watching it.

But I should tell you that it might be a short one (as if the pevious ones were not...LOL) because there isn't much that I could and can share, to avoid spoilers and shit.

First of all, I'm not gonna talk about the cast (because it's the same cast and we all know how good they are 😉) and the soundtrack because they are using the same soundtrack from the Marvel movies.

What I want to review about is the plot/storyline.

The story actually begin maybe a few days after Infinity War, I think. What I like about the starting of Endgame is that they didn't do the flashback-crap because trust me, it's 2019, it'll be a waste of time. If 20 years ago, flashing back scene might be relevant but not today. And they actually start the movie with a bang, from my point of view. I don't know if other people agreed..LOL.

There's so much that I wanna share but it'll be a spoiler, so it's kinda hard for me to write this without giving out the whole story...LOL.

Nevertheless, I will try my best 💪.

What I like about this movie is that there isn't any scene where you don't mind missing out. Every scene is important to the story.

And there's also a lot of element of surprise. Though personally, some of it are kinda sorta expected but most of it are a shock to me. Hence, me feeling shook and speechless...haha.

Honestly, this movie has a lot of emotions. If you are like me, you'll feel like you don't know what you are feeling because it's all there. You might end up feeling numb because of too much emotions at once...😂..just kidding.

That's all I can say about the movie. So I'm gonna end my review here before I write more and might end up giving out spoilers...haha.

For me, I rate this movie: 7 bags of popcorn with 1 soda and a 3D glasses..haha (it's an inside joke that you guys might not know. But if you do, let me know in the comments below).

I hope you guys like my very safe short review 😁. Trust me, usually my review is not like this but mostly it's about a movie that I like. I rarely go watch a movie that I don't really want to watch.

Anyways, let me know if you have watch it and what are your opinion about it. If you haven't, then I suggest you go watch it...now. 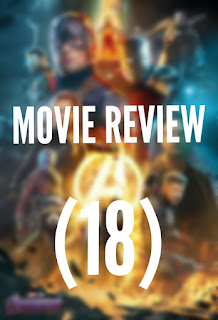 Posted by zacrin at 4:27 PM No comments:

What y'all up to?

I'm not gonna drag with some stupid shit, I'm just gonna jump right to the topic.

As you can see, this week I'll be review about one of the things I love the most, which is food..LOL

However this time my food review will be on dessert that I had a couple of days ago.

The name of the restaurant is Dotty's. Why? I don't know. I forgot to ask them, ok? But I'm sure you can Google it and find out why it's named that or who is Dotty. I'm not here to talk about history. 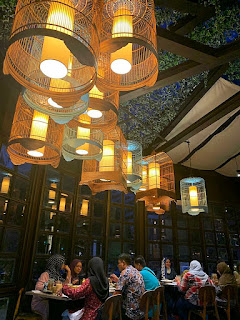 The restaurant is located inside of Suria KLCC (Kuala Lumpur Convention Centre). Below is the rough map of where it is. 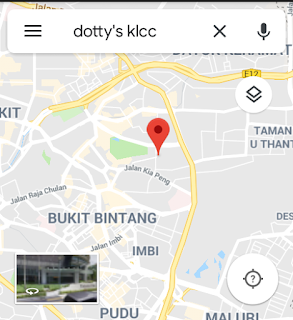 The first dessert that I had was one of their famous dessert, Salted Egg Yolk Eclair. 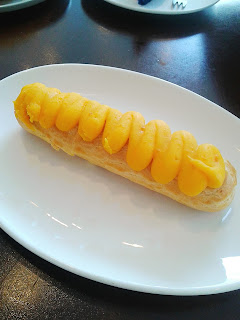 Tbh, I have never had salted egg yolk before in my life because I'm not into egg yolk so much, so I  didn't really know how exactly it taste like, but I thought I give it a try. It's good to try new things sometimes because you'll never know what you'll get or learn (the more you know).

So, what can I say about the Salted Egg Yolk Eclair is that it's good. I can taste the eggyolk and the saltiness of it. It kinda blends with the pastry, However, from my personal opinion, it also make me kinda bellyful after a short while. But for people who are really into salted egg yolk, I'm pretty sure you guys would like it.

Next one I had was the Cheese Donut. 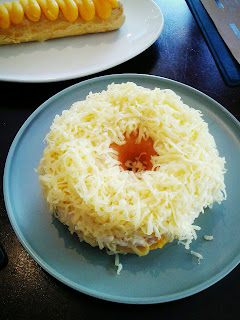 The donut itself is so soft and not too chewy, which is good. As you can see from the picture, the cheese is f***ing a lot! And there's also some cream cheese which sticks the grated cheese on the donut. At first, I didn't get the taste of the cheese and the cream cheese, maybe because I accidentally took a bite on just the donut, but once I took my second bite together with the grated cheese and the cream cheese, wow, it's so good! The rich taste of both cheese combine with the fluffy donut, it's amazing.

The last one I ate was the Blue Velvet Cake. 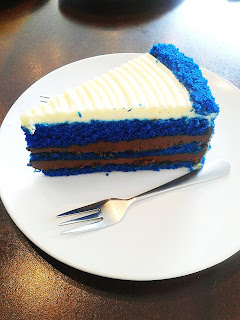 I know the blue color seems too striking, but trust me, you will not care about the color after you taste it...haha. The top part of the cake is a cream cheese, similar to the normal Red Velvet Cake and the chocolate cream you see is a chocolate, rich, decadent chocolate. However I'm not sure what the blue cake is because it taste like a normal vanilla cake, or maybe I was missing something...LOL. Anyways, what I wanna emphasize is the chocolate, it is super good! My mouth is watering as I'm typing this...haha. For the cake itself, it's a little too dry for me, but it works well with the cheese and chocolate. I don't know it is intentional or not, but it works.

That's all my food review this week. Sorry if it's too short and not much "reviewing" but it's because I'm in a hurry and it's been delayed on the post. But if you want to know the rank of these dessert, I would say, the Blue Velvet Cake is number 1, followed by Cheese Donut and last is the Salted Egg Yolk Eclair, maybe because I'm not such a big fan of salted egg yolk #sorrynotsorry LOL.

Antiways (typo on purposed), I hope you enjoy my post this week and maybe gets you an idea where to have your dessert. And if you need a company, I'm willing to come with you, with condition, you're paying...haha.

Let me know if there's other place you want me to try and give my review on. 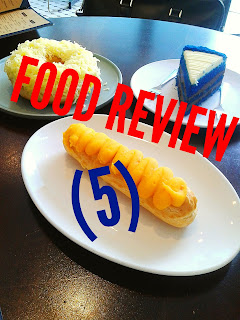 Posted by zacrin at 3:41 PM No comments:

So as you all know, 'Avengers: Endgame' will be in cinemas in about 2 weeks.

Not gonna lie I'm super excited for it, though this might be (or it is) the last Avengers movie, so I'm pretty sure it's gonna be awesome.

So in the spirit and excitement for the movie, I thought I share with you guys some of my prediction on how the plot will be, based on the trailers, rumors and the updates from the Russo brothers and the casts.

And also because I don't have any idea what to write about...haha

I actually have something else planned to post here but it's not yet done and as I mentioned, since the movie will come out on the 24th or 26th April, so I thought, why not? Plus, I hope this could help me gain a lot more pageviews...LOL.

Anyways, on to the topic!

Btw, to Marvel, Disney and Russo brothers, if my prediction is somehow correct, please know that I'm just guessing and I didn't mean to spoil or leak anything, so please don't ban or hate me or fine me...haha...I'm serious, though.

2. As you can see on the trailers, it shows that the Avengers are wearing 2 types of uniform. One is their own and the other one is the red and white uniform (I f***ing forgot what's the name of that suit). So I assumed, the red and white uniform is either the suit that they wear when they travel back in time, hence they need to wear a special suit or it's the suit that they need to wear to go to space.

3. As I mentioned in point number 2, and as some people predicted, the Avengers will travel back in time after they have defeated Thanos and obtain the Time Stone. The reason for doing so is to bring back those who have "died". However, when I think about it again, it will be a waste of time because that means they have to fight Thanos AGAIN!. So I don't know, I could be wrong. LOL

4. One more rumors that I heard, it is about Black Widow's hair color. At some scenes in the trailers, it shows that her hair's white, like in Infinity War but there's also seen where her hair is red, like her old hair. So some people (again, some people...haha) said that they somehow managed to travel back in time, but honestly, that's dumb and a waste of time. So what I assume is that she simply dyed her hair back to her natural hair color because she needs to feel like her own self when she fights with Thanos.

5. Regarding how they will defeat Thanos, I'm not sure. It could be any possible ways, but what I assume from watching the trailers, is that Cap, Tony and Thor, distract Thanos while the others try to find other ways to get the gauntlet from Thanos or attack him from other directions. The reason why I said that because in the trailers, it only show 3 of them facing Thanos and there's a scene where Hawkeye (Ronin) is like in a sewage or underground tunnel, so I think he's underground while the 3 of them fights Thanos. But I don't know, I could be way wrong...LOL.

So, this is pretty much the prediction that I can come up with because I'm writing this today and I don't have a lot of time...haha.

Anyways, if you guys have any other predictions or assumptions about the movie, feel free to comment down below. 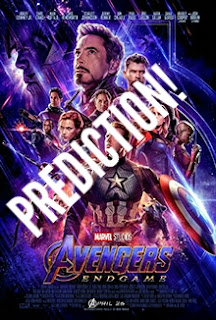 Posted by zacrin at 6:26 PM No comments: