Happy 60th Independence Day to all Malaysian. And plus tomorrow is Eid Adha! Hope you'll have a great long holiday, I'm sure I will. 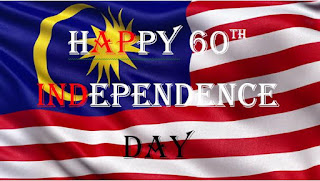 I WAS CAMBUSHED (CALL + AMBUSHED)

So this week I thought I do a Sunday post.

Actually I wasn’t planning to share this here but since it sometimes crosses my mind and I’ll get pissed off about it and wish I had done something worst back at that person, I thought, why not just post it because I realized that when I write what I feel or whatever here, it seems like it had been taken out of my mind and it somehow never crosses my mind anymore.

So, as you all see on the title, that I got cambushed like 1 or 2 months ago.

It started like any other day, it was at night, me and my sisters were watching tv (I can’t remember what we were watching) and suddenly my handphone rang. The call was from another state in Malaysia, I knew it because she (yes, the person was a girl....or maybe I should say, a w****) was calling using her house phone or something. I answered the call because I thought it was maybe my company’s customer or my customer (as some of you might know, I do a part time job by selling simcards).

As soon as I answered it, the first thing that came out of her mouth “Idiot” and she said that she already bank in RM50 to my account but the thing hasn’t arrive blah, blah, blah... I was like, what? And I asked who she was but she didn’t answer, instead she asked me, “This is (I can’t remember the name she mentioned but it start if F if I’m not mistaken, maybe F**ker or something) (and she wasn’t speaking in English obviously) and I was like, no, this is not that person. And the thing is, she didn’t believe me, she said I sell ID card and she already paid for it. Again, I was like, what? ID card? Like what the f***? So I told her, I don’t sell ID card and I’m not that person she’s looking for.

However, she still didn’t believe me, and she continued to curse me with words that I shouldn’t mention here. And before I hang up, she said she wish something bad will happen to me and blah, blah, blah and all I said was, fine.

It was so crazy but kinda hilarious when I think about it because imagine how embarrassing would she be when she found out she was mistaken, but I don’t know if she knows what embarrass means. And I’m sure she wouldn’t know that she was wrong just by reading my blog because obviously she can’t understand.

I know that earlier I wrote that I wished I said something worst to her back, but when I think about it, I’m actually glad I didn’t do it because that’s not who I am and if I did, that means I have lowered my standard to the same level as she is.

So, to that girl, if you’re reading this and somehow you managed to understand, I hope this would be a lesson to you. And maybe you could be less rude because that rudeness will not get you anywhere, and it might even hurt someone, maybe your family (which I’m not sure if you care) or even yourself.

So that’s all I got for you this week, hope you have a great weekend!

This week I wanna know; have you ever experience something like this? How did you dealt with it? Or have you ever mistakenly dialled a wrong number? 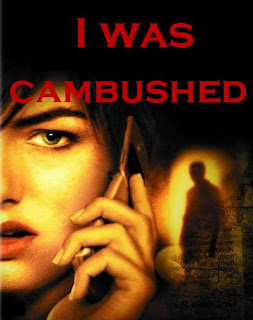 Posted by zacrin at 4:30 PM No comments:

Hey guys, how are you?

So this week I’m gonna share with you all what happened 2 weeks ago and why I didn’t post anything during that time.

Please bear with me while reading this if I somewhat sounded too serious or dramatic or ridiculous because to be honest, it’s not easy for me to write.

“Then why would you wanna write?” You ask?

It’s because I think you all should know about this and it’s a big thing....though most of you might already know it from my social media.

But before that, just so you know that I’m not gonna write the whole thing from A to Z because I’m getting tired of it because I have been telling it to a lot of people a lot of time.

So this post will mostly be about a summary of what happened.

My dad was admitted to the hospital on 27.8.2017 at about 4 in the morning because the doctors said that he had lung infection. Since my dad is old and his heart is no longer strong, the doctors suggested to using a tube through his throat to help him breath while they try to cure the lungs, but in order to do that, my dad had to be sedated aka deep sleep or more dramatic, coma. So we all agreed, in hope that the treatment will cure my dad’s lungs. However, the doctors did say that there’s a high chance my dad will never wake up. Nevertheless, my siblings and I agreed.

Fast forward to about 30 hours later and the doctors said that my dad wasn’t doing well. The infection was not decreasing.  Anyhow, we still want the treatment to continue.

Fast forward to the next day, it was night time and I was alone with my dad, same as the day before, because visiting hours has ended, so I accompanied my dad while waiting for my brother because my brother was the one who accompanied my dad till morning. On that day, the doctors said my dad looks okay, though the infection was still there, and they planned to feed my dad the next day.

Fast forward to the next, at the time me and 3 of my sisters came to the hospital. My dad heartbeat was suddenly drastically dropping and I, as the only guy in the family there (because my brother was resting at the waiting room) had to deal with the doctor, who finally informed us that our dad had passed away.

At that time I was feeling weak in the knee but luckily my legs were still strong enough to stand. And I was almost choking when I called one of my sister at her workplace to inform that our dad is no longer alive. I guess it is true that when you say it out loud, that event or situation, it sounded so real.

So that was my “brief” story of what happened.

To be honest, it breaks my heart, but a small part of me glad that I had been there for my dad until he was buried. It was me who was in the hurd with him. So yeah, I’m glad about that.

K was there on the day my dad died, her mother, her sister and 2 of our college friends too.

A couldn’t be there because he was at college, preparing for his exam.

S couldn’t be there because he had some important family matter.

But I’m fine about it because even if they’re there, I wouldn’t have time to talk to them.

Anyway, funny thing is, they were worried about me because they think I will keep my feelings to myself like I always do.

Fast forward to present day, I’m feeling much better now but same as my sister, we’re still unable to get used to not seeing our dad around the house.

The reason why I didn’t post anything here is because I honestly didn’t know how to write this. I’m not saying that I’m doing great now but at least I kinda know what to write.

So, that’s all for this week.

Please pray for my dad.

This week I wanna know, have you lost anyone close to you? How did you handle it? Or what advice would you give me to face this? 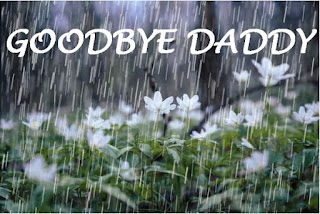