It’s a new movie, a movie that I’ve wanted to watch for like months.

You got it; it’s Spider-Man Homecoming!

Before I begin my review, I should tell for those who don’t know, that I’m a big Spider-Man fan, though I never read the comic, but I will one day, but I like all Spider-Man movies. And no, I’m not gonna be bias and yes, I will genuinely review it.

1.       The casts + characters
I know Tom Holland, not personally but through a few movies that he acted. And honestly.... I’m scared to say....I wasn’t his big fan (#nohateplease) but I do like his acting in The Impossible, it was great. Nevertheless, I did look forward to see him play Spider-Man and when I saw him in Captain America: Civil War, it made me even more intrigue to watch Spider-Man Homecoming. To be honest, I think now I’m becoming one of his big fan because he portrayed Peter Parker so amazingly. So yeah, he did a great job. I feel like a proud father...haha.
Zendaya’s character in the movie is so interesting, a bit mysterious and more or less funny. The character really suite her.
Michael Keaten also did a great job portraying The Vulture and, I’m just gonna tell you a glimpse, there is a scene between him and Tom Holland that gave me the creeps, and I think it’s because how good Michael Keaton was at playing a villain.

2.       The plot
I can’t say much on this matter because this is a movie review not movie spoiler....duuhhh... And also since I know a lot of people haven’t watch it since it’s new in the cinema. However, I can say that the story line and plot twist (I guess) was pretty amazing. And of course, since it’s a Marvel movie, there are some funny scenes, but really genuinely funny, not like in an annoying way or something.

3.       The score
Actually I don’t think I have any favourite score in the movie because I’m pretty sure I didn’t focus much to the music because I was paying attention to the story. Maybe when I watch it again, I might realize them.

I think that’s all I could say about the movie, though I actually have so much more to write and to tell about the scenes where I think was amazing but I don’t wanna spoil it for you and I don’t wanna be sued or condemned by anyone.

But I should tell you this, the ending was pretty shocking, I really didn’t see it coming, but it was great, totally unexpected.

So that’s all I got for you guys this week.

I hope you enjoy my short review. 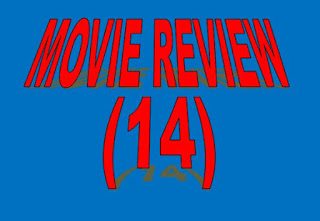