As some of you might know, we (my family & I) went to visit my brother at Johor Bahru last week. It was such a great trip, though it was a bit tiring waiting at the airport.

However, this week I will not write about my trip, and since you wanted me to do another food review, so I decided that this week I will review about the food that we’ve ate at Johor Bahru. 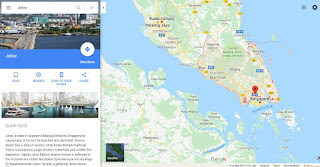 We went to a few places, but I will review on those who I think most distinct than others.

1.       Kacang Pool Haji (Restaurant)
Before that, I would let you all to know that Kacang Pool (you can see the photo below) is one of the most famous foods in Johor and some say that this restaurant has the best Kacang Pool, hence the name. 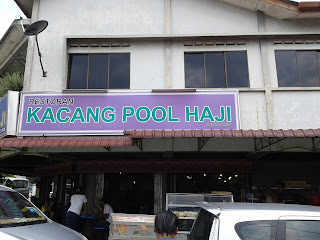 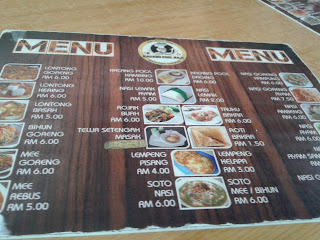 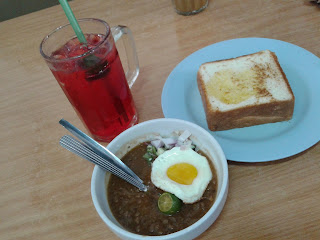 So, since they say this place has the best Kacang Pool, so I ordered it. I should let you know that I have tasted Kacang Pool from other places that’s not in Johor. Let me tell you what I think....it is true what they say about this place, the Kacang (Nuts) Pool is sooo good, the nuts is not too many and not too little, just nice. And when the half fried egg melted into the Kacang Pool, it makes it even better. And not to forget the fluffy, thick bread, is so amazing.

But that’s not all we ordered, we also ordered their Fried Soto, which is also delicious because it’s spicy and the food is not dry, it’s a bit moist, so it’s such a great combination. 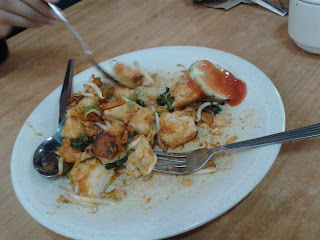 From my opinion, the service is good but it’s full most of the time, so I suggest if you want to go there, you should go on weekdays and not at night. 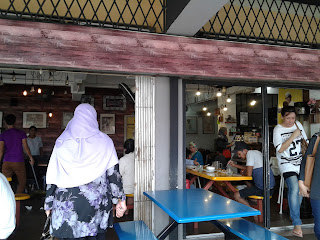 2.         Asam Pedas
To be honest, I’m not sure if this is the name of the restaurant but I do know that it’s located at Kampung Melayu Majidee.....google it. Well, Asam Pedas is usually common with Malacca but Johor also have their own version of Asam Pedas.

So at this place I ordered Red Snapper (Ikan Merah) Asam Pedas, but if you go there, please don’t say Red Snapper, because they wouldn’t know....haha...you should say Ikan Merah. So,that was what I ate and honestly, it’s super delicious. The Asam Pedas is slightly different that Malacca’s version because Malacca’s usually more concentrated but Johor’s is not, but the spiciness is almost the same. And the fish was well cooked and it’s sweet, so it mixed well with the spiciness of the Asam Pedas. 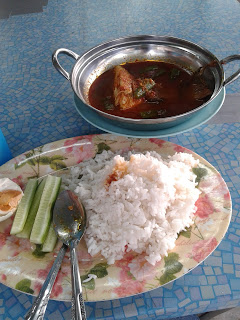 3.       Murtabak Cheese Leleh
This is the name of the stall, I’m sure of it. It is also located at Kampung Melayu Majidee, next to the Asam Pedas restaurant actually. So, for some who don’t know what Murtabak is, it is one of the foods originated from the Middle East. Some described it as spicy folded omelette pancake with bits of vegetables. However, this version that we ate, they add on cheese. 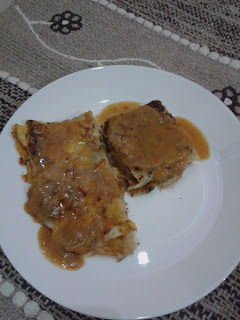 All I could say about this one is.....it is to die for! It’s sooo good. The cheese was plenty and though it’s not as thick as the usual Murtabak, but the stuffing was enough and you can taste all of it, the meat, the cheese, the onion, in one bite. And it’s quite big! However, again, this is one hot-stuff place, so you have to come early. They opened in the afternoon until night, but usually the Murtabak will finish by late afternoon.

So, that’s all the reviews for this week. Let me know if like this kind of post and if you have any other places (in Malaysia, please) that you recommend for me to go. 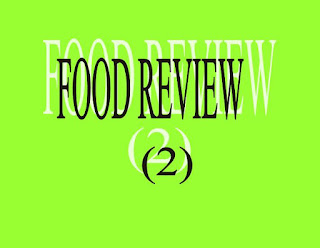 Posted by zacrin at 7:20 PM No comments: