If you guessed Captain Marvel, then YOU . ARE. CORRECT!

So yeah, I'll be reviewing about Captain Marvel this week.

Side note: My review is completely unbias and honest, dispite that I'm a big MCU fan.

First, about the story/plot. Before I went to watch this movie, I was already interested to know what this movie is going to be about. From the trailer, you can see that she's kinda confius about who she is or what she is. And I was too. So after watching the movie, I can say that I am satisfied with the story and the explanation. It was not too complicated, yet not too nonchalant. Even though the side plot twist was kinda expected to me, but it was still good.

As any other Marvel movies, it has a few comedic scenes, but it also has some sad (but to me, not so) moments. And the major plot twist was....unexpected...LOL. Overall, the movie is amazing.

Regarding the other characters, I'll let you guys see it for yourself. But can I just say that how awesome it is that Jude Law is in this movie!

Third, the soundtrack/score. I honestly can't say much on this part because mostly they were playing old songs from the 90s, though some of it I'm familiar with, but overall, not so much come to my attention, even the scores.

So, that's my review for Captain Marvel. I know it's super short, but that's pretty much all I can share with you guys. Actually I have a bunch of things that I want to write about but unfortunately I worried it might be a spoiler. So.......

I highly recommend you guys to watch this movie. It is super awesome and the credit scene is DA BOMB! You have to see it to know...haha


Let me know if you have watched the movie and what you think about it or if you haven't, let me when are you planning to watch it, we might meet there at the cinema...who knows.


Below are the links to my social media, so GO FOLLOW!: 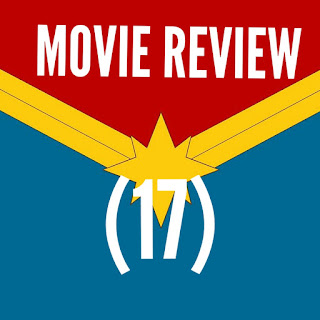 Posted by zacrin at 4:48 PM No comments: